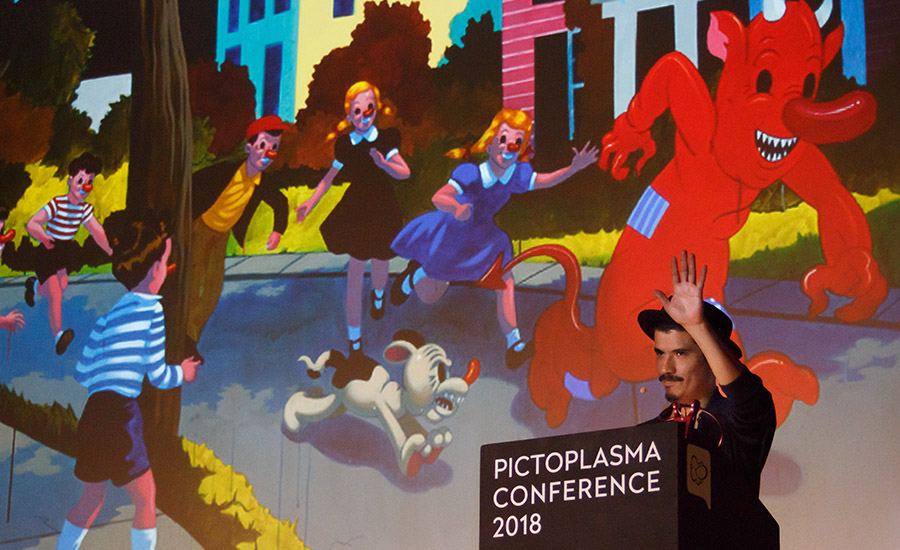 The Los Angeles-based Chilean artist appropriates the narrative logic of children’s book illustration and the aesthetics of classic animation. His style has been described as political poetry rooted in the Latin American experience. Working with the legendary Iguapop Gallery until its closure in 2010, Victor Castillo began to show his work internationally. Today, he is represented by Merry Karnowsky Los Angeles, Isabel Croxatto Santiago de Chile, and shows with Helium Cowboy in Hamburg and other galleries worldwide. 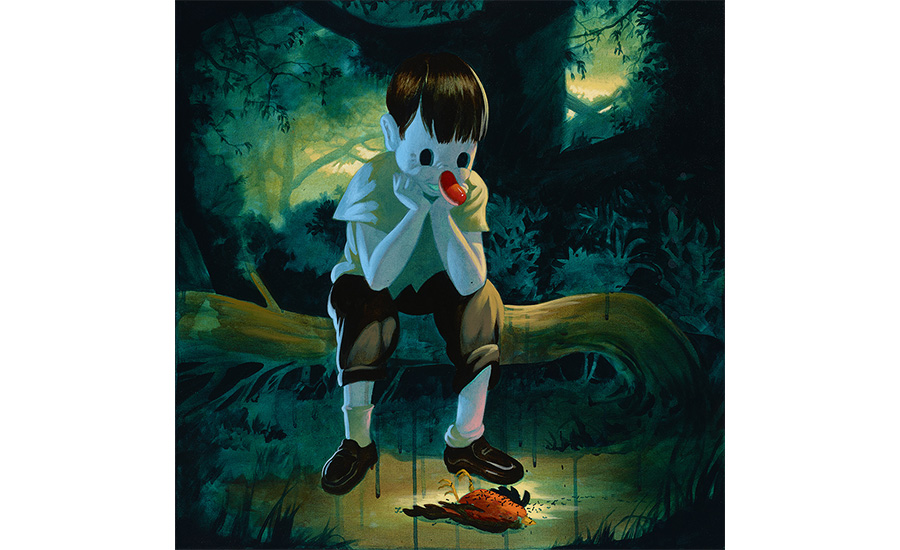 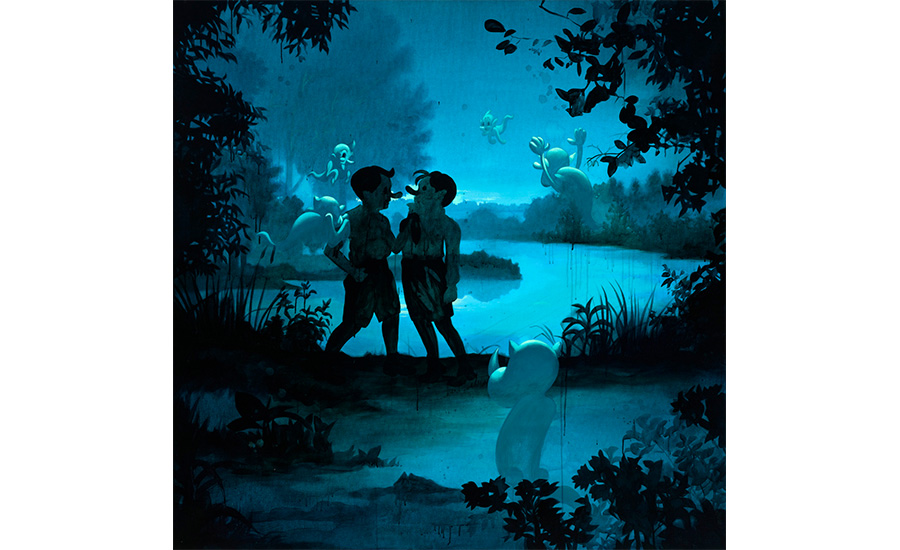 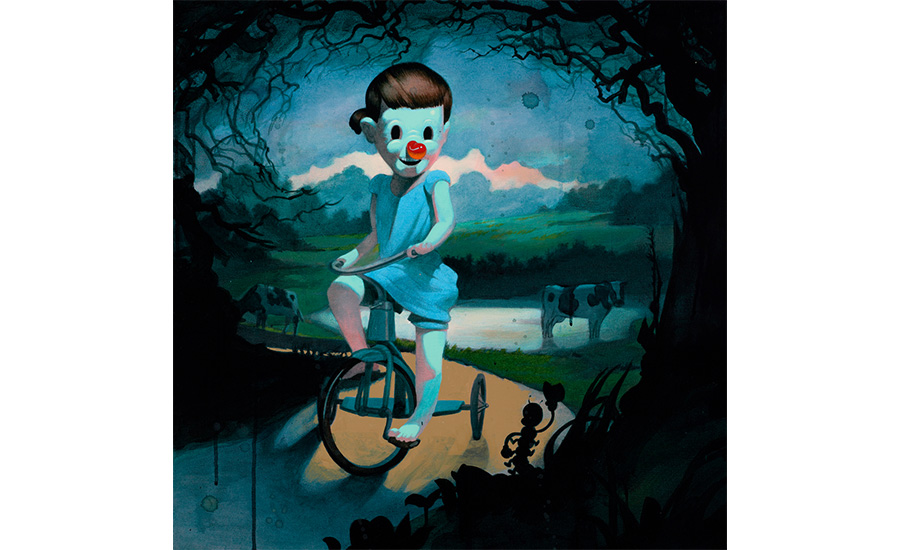 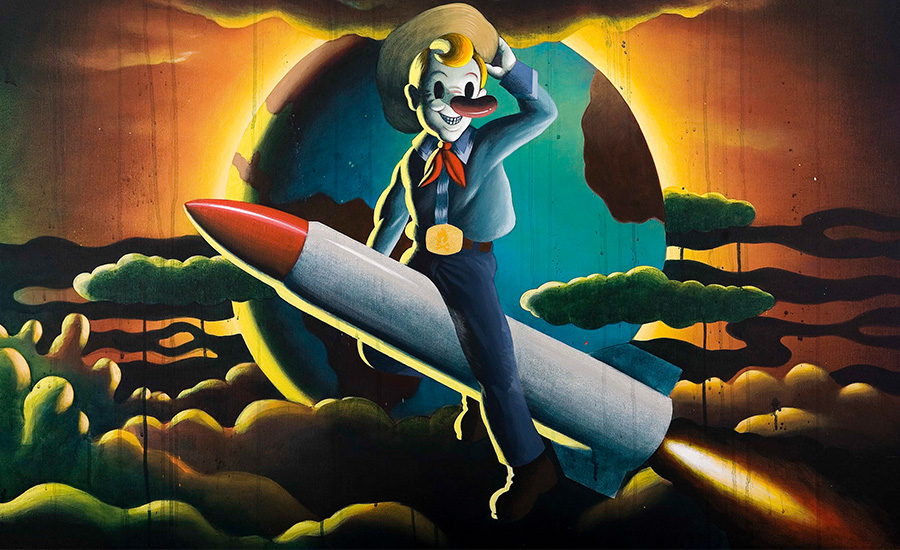 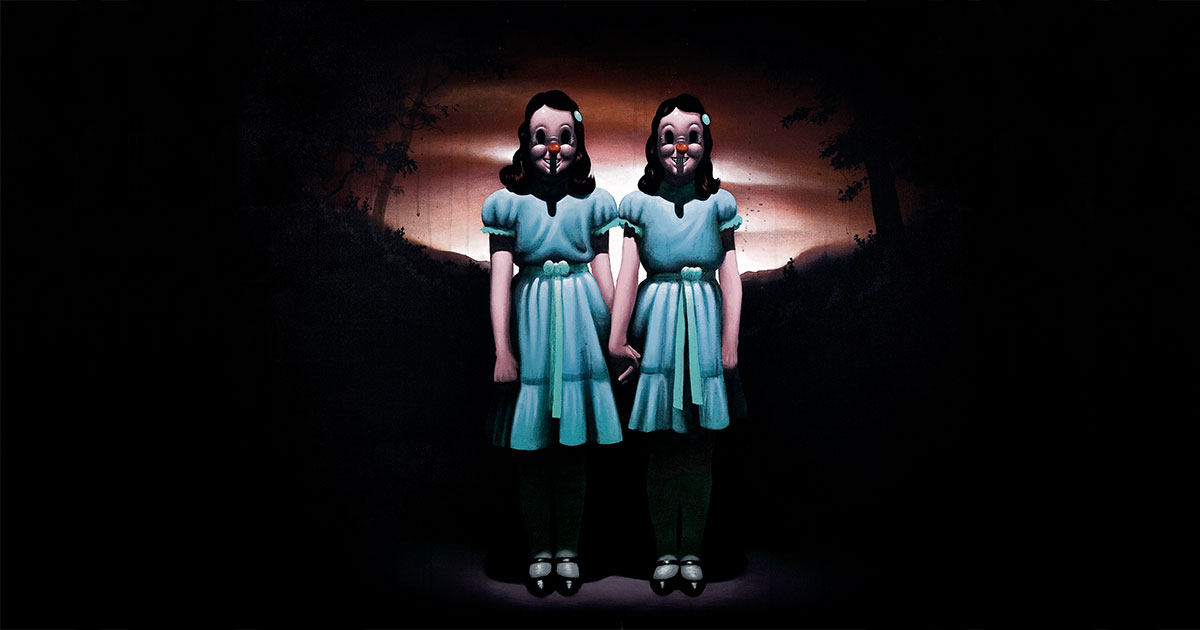 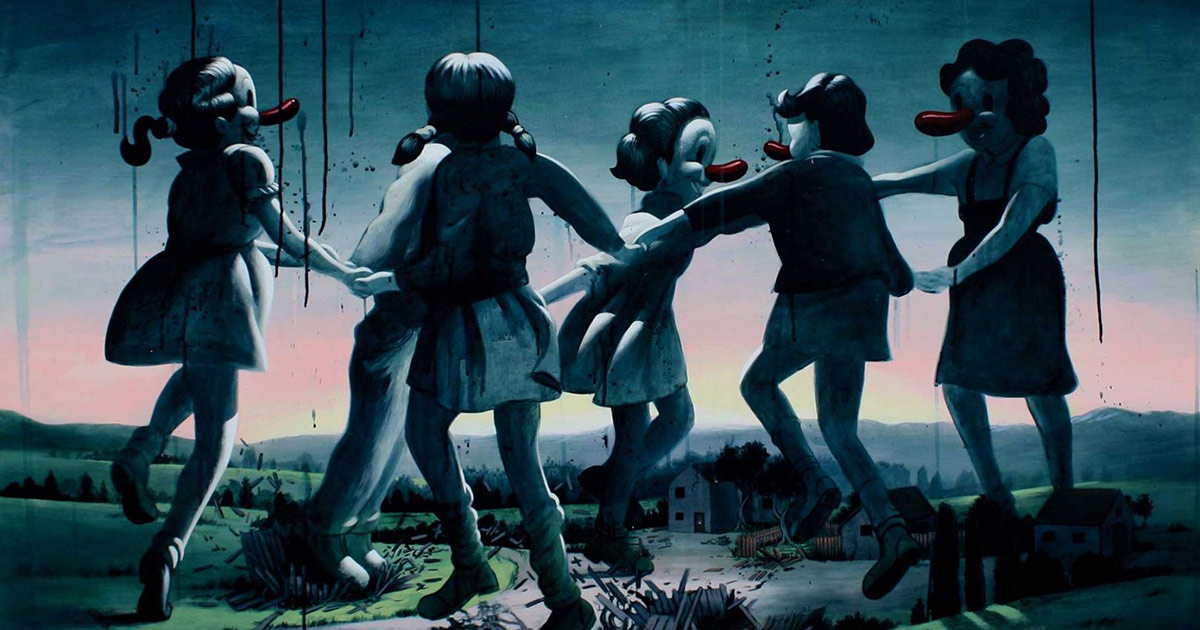