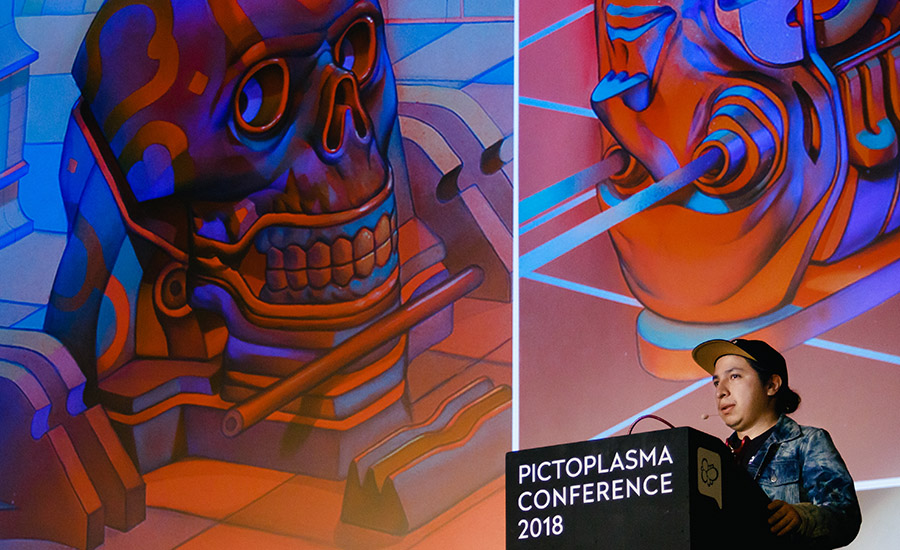 Influenced by old comics, 1950s graphics, and Sci-Fi movies, Smithe began making graffiti at the tender age of 13. Autodidactic and evolutionary in outlook, the Mexican artist has continuously reinvented his style, dipping into themes such as existentialism, human isolation, and the machine within. The surrealistic fragmentation that characterizes so much of Smithe’s work is a tool for revealing the interior elements that drive his characters. He is best known for his graffiti but also works in illustration, design, sculpture, and music. He has exhibited widely in Europe, the United States, and Mexico. 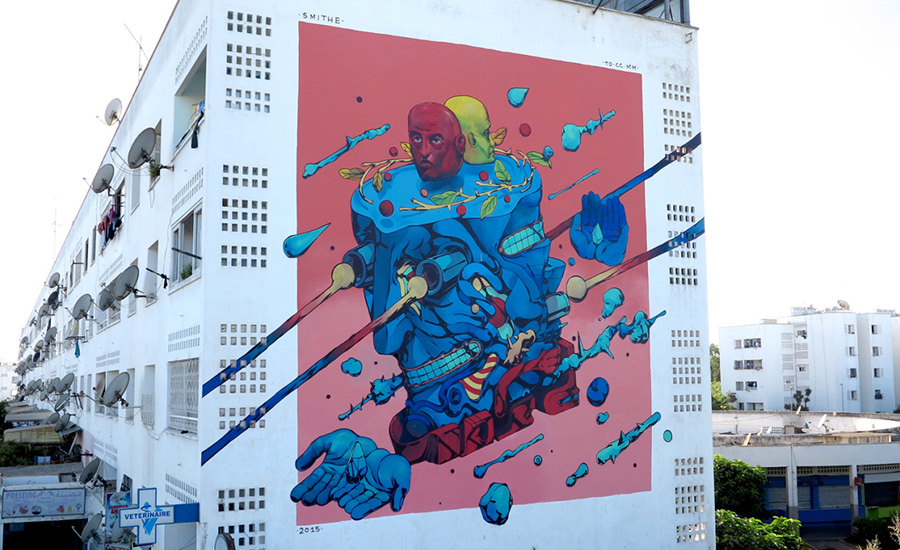 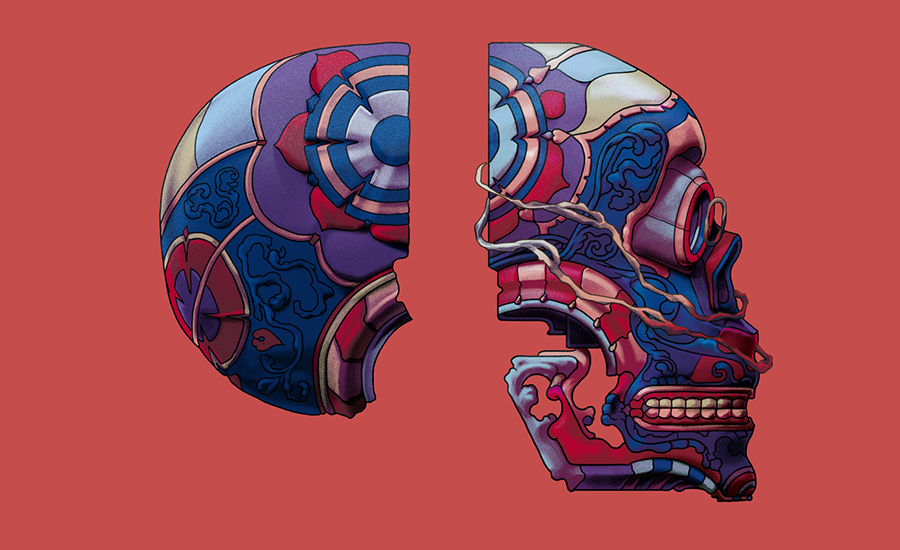 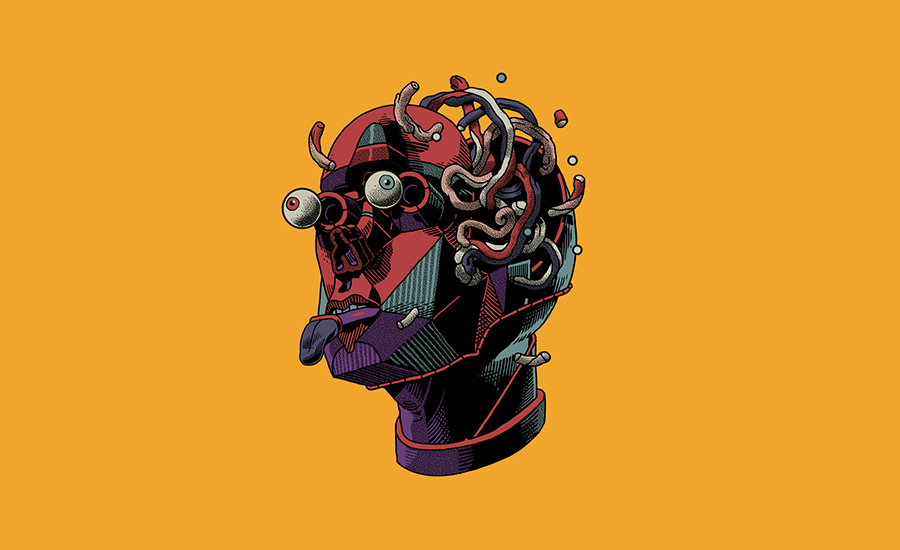 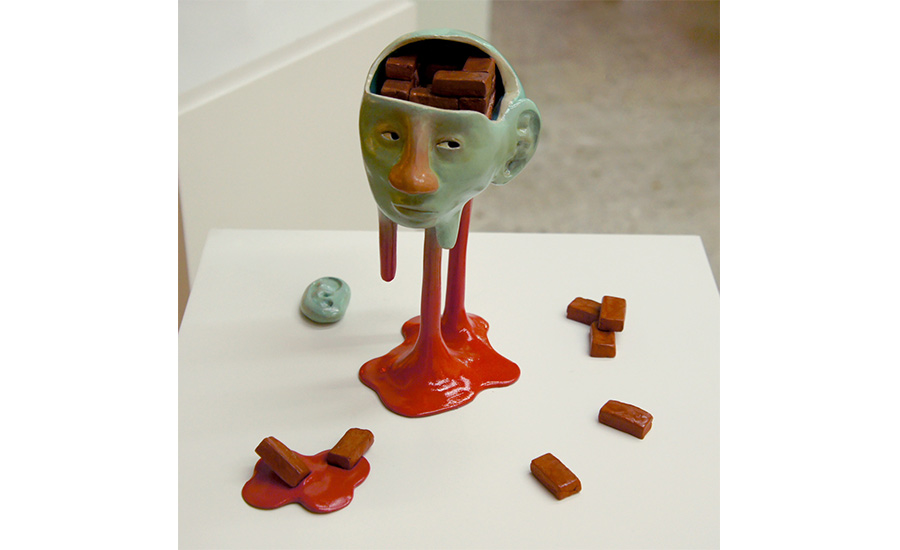 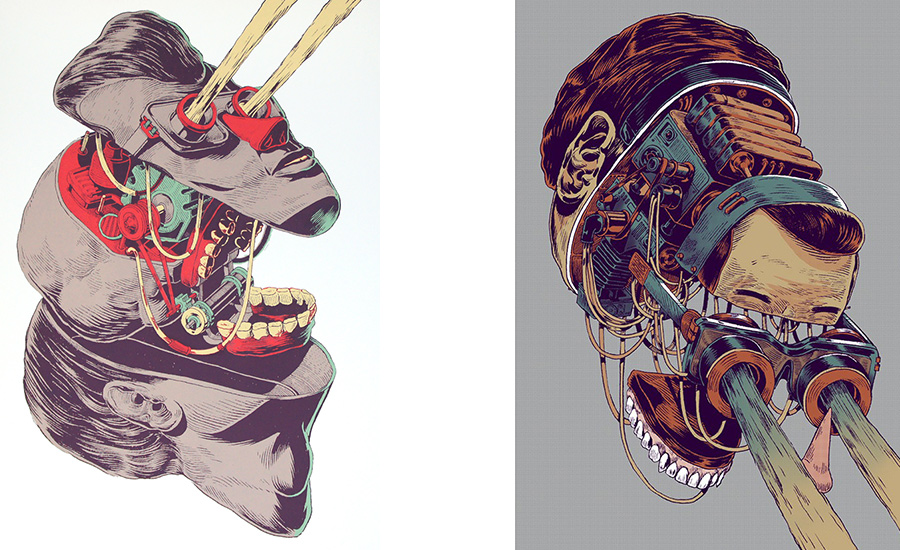 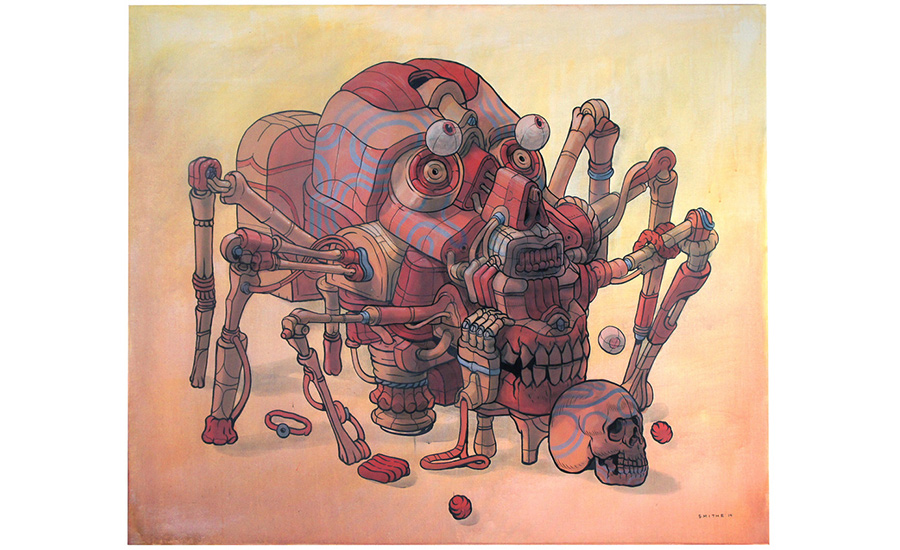 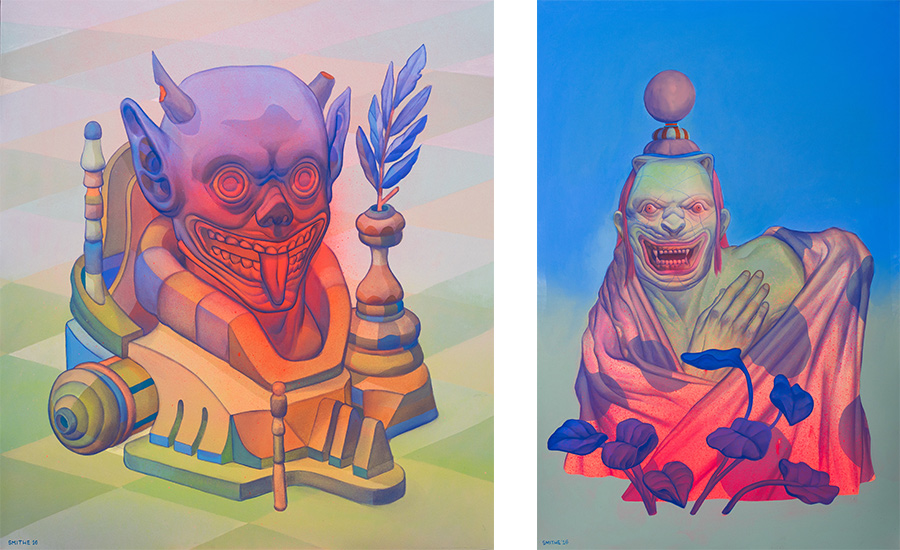 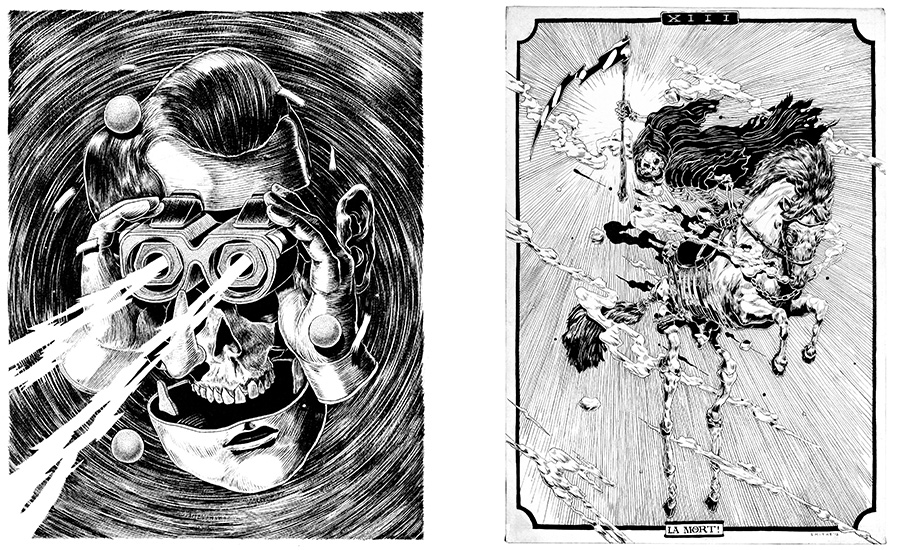