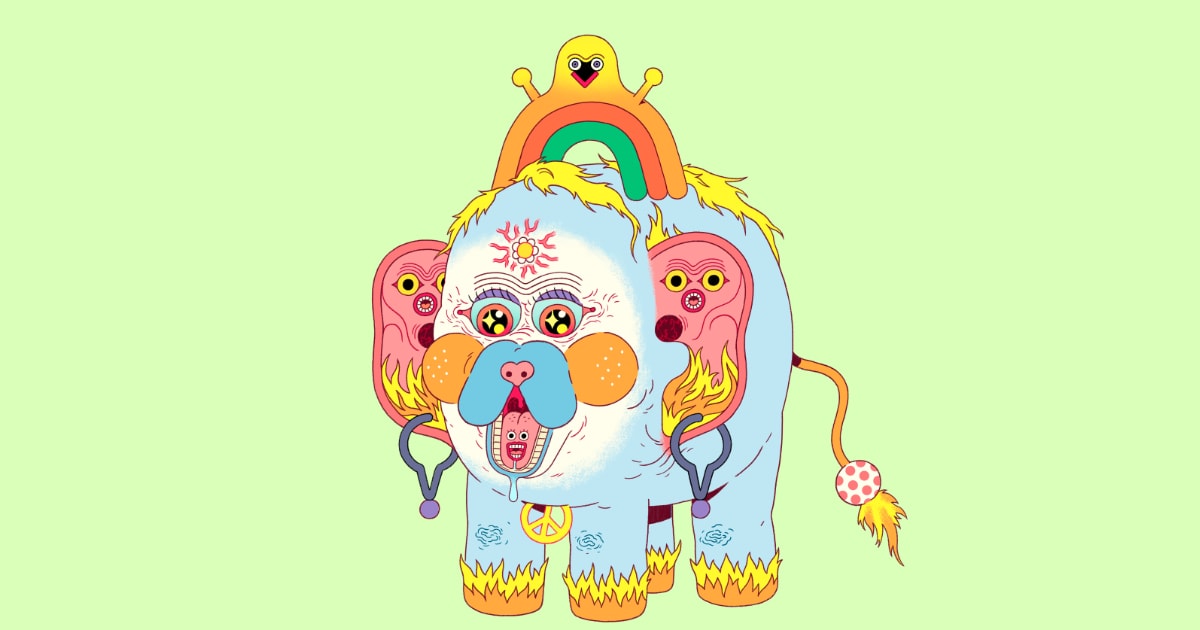 Kensausage is the alter ego of Cristian Robles, who works as freelance illustrator in Barcelona. His illustration, comic books and graphic design is influenced by his teenage experiments with graffiti and urban art, when sprays were his main medium. This experience gave him a particular creative freedom and made him understand the public space environment and social perspectives on graffiti’s culture, flowing in between a legal and illegal framework. With this in mind, his current work often reformulates characters from the popular imagination and takes them to surreal or psychedelic new heights, exploring society through irony and comedy, generating duality between friendly and hostile feelings. 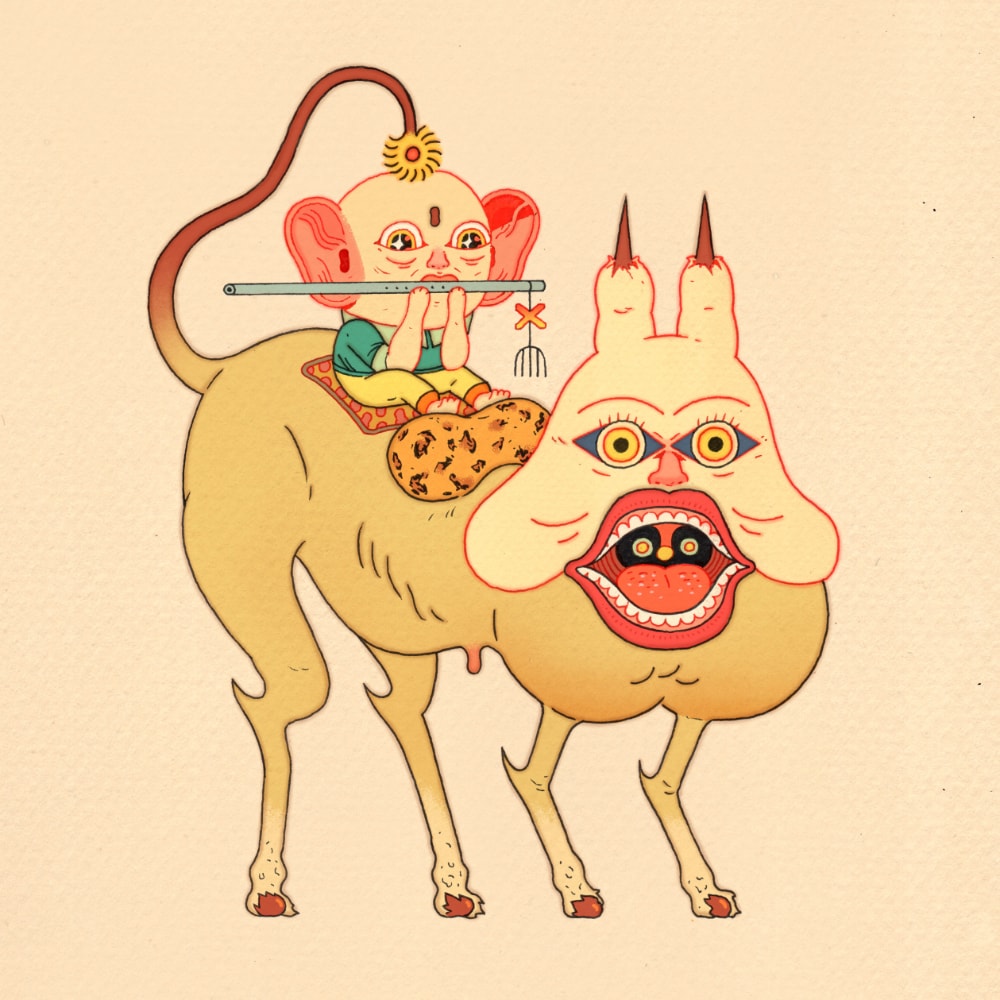 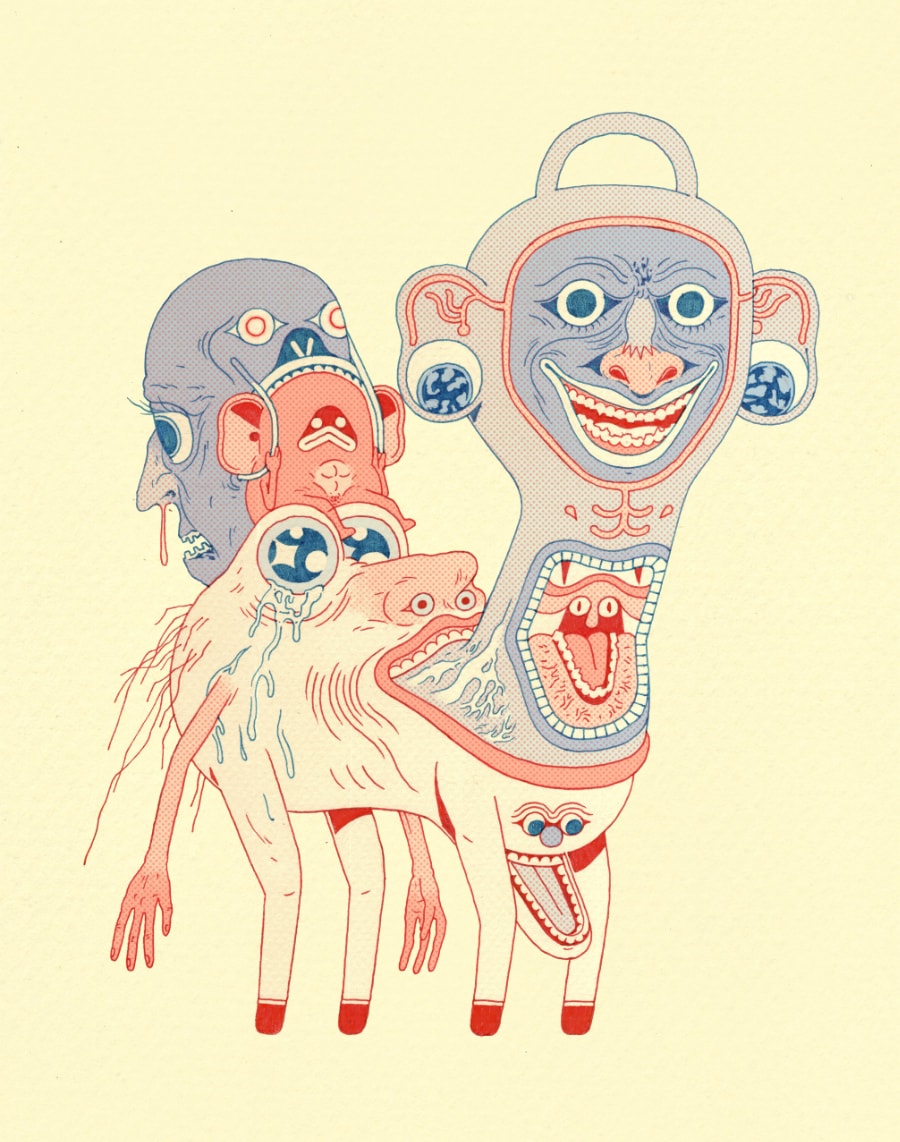 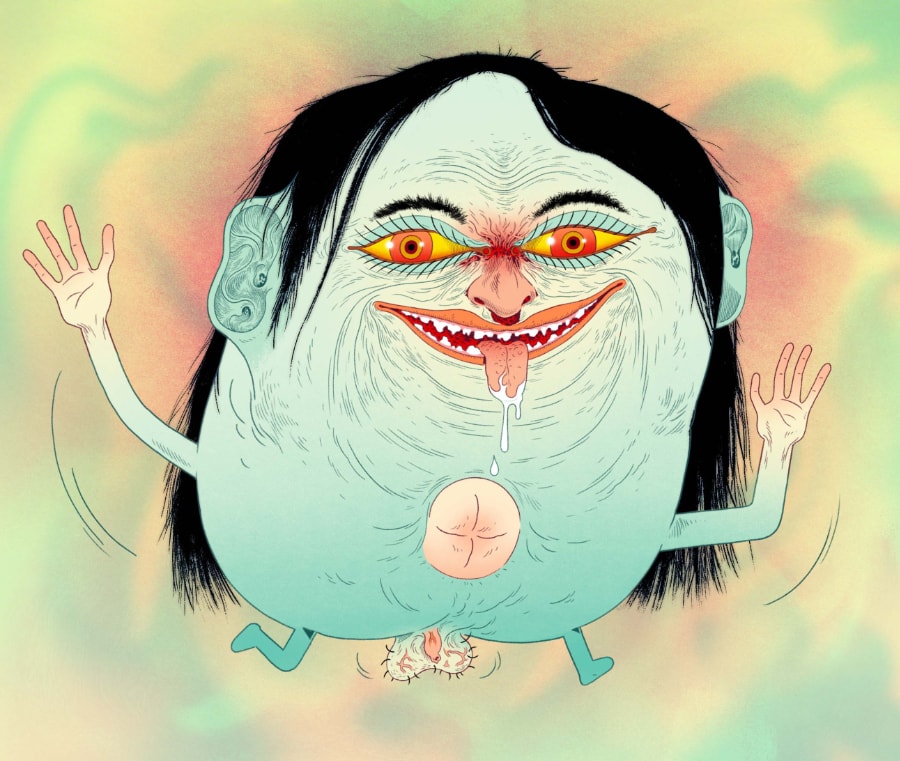 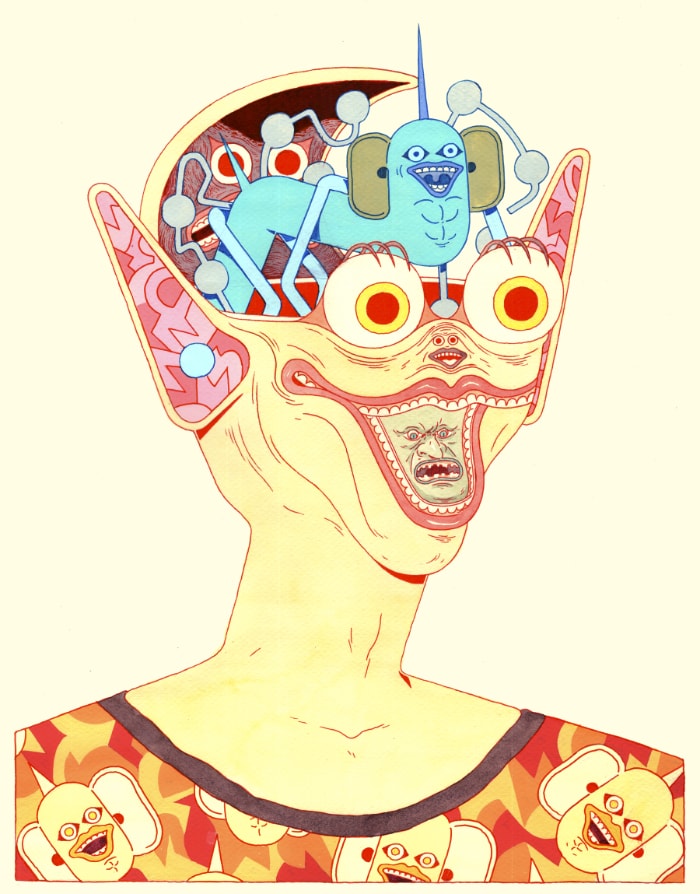 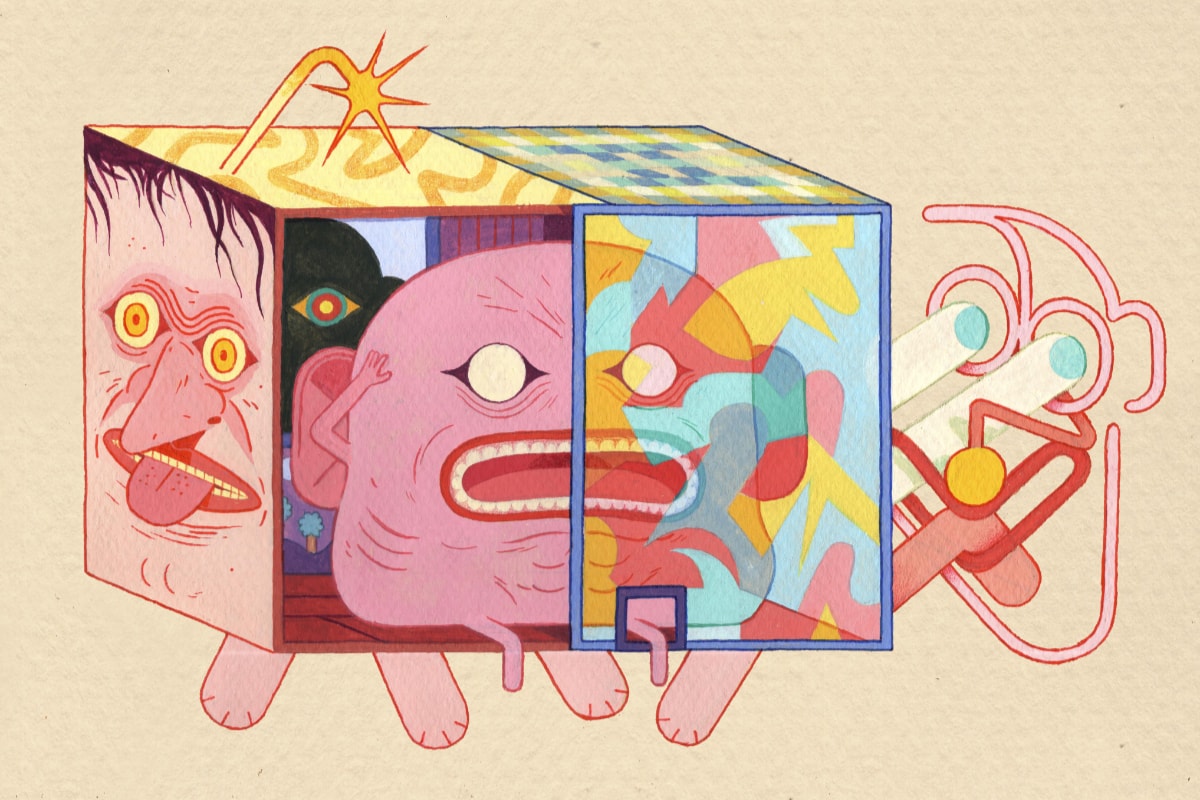 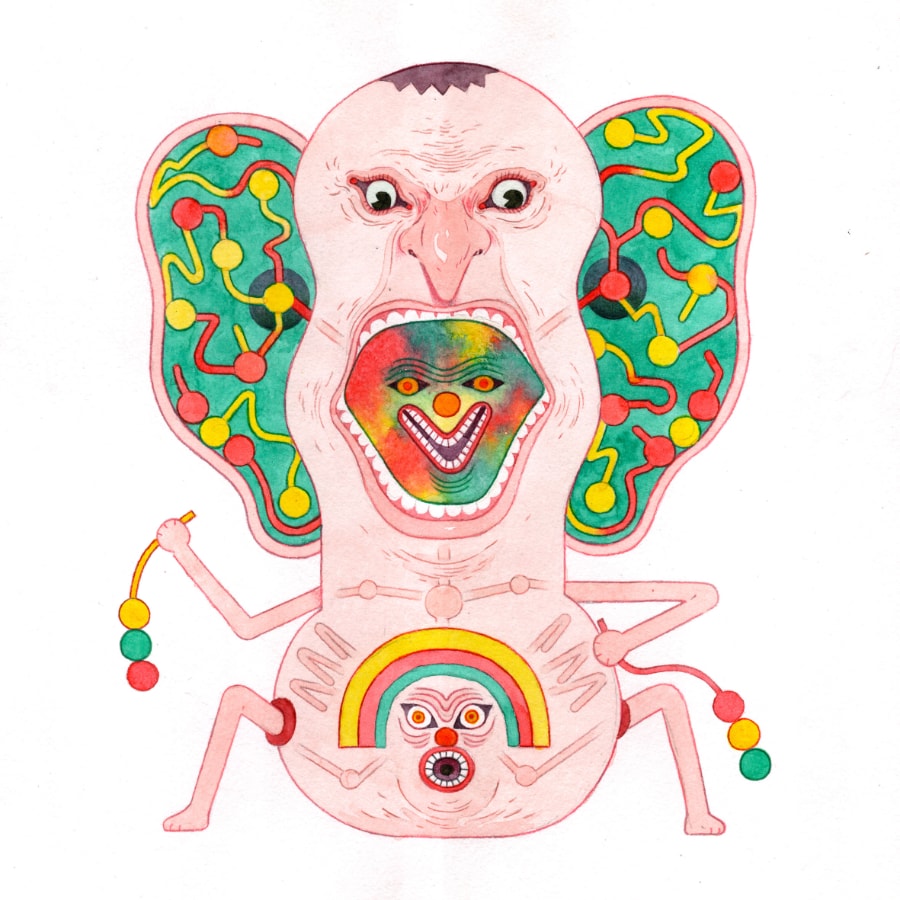 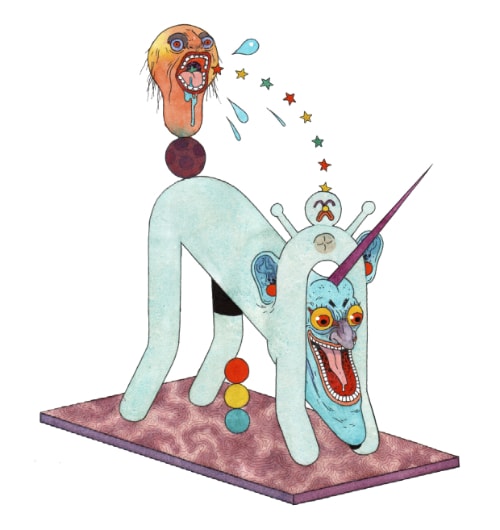