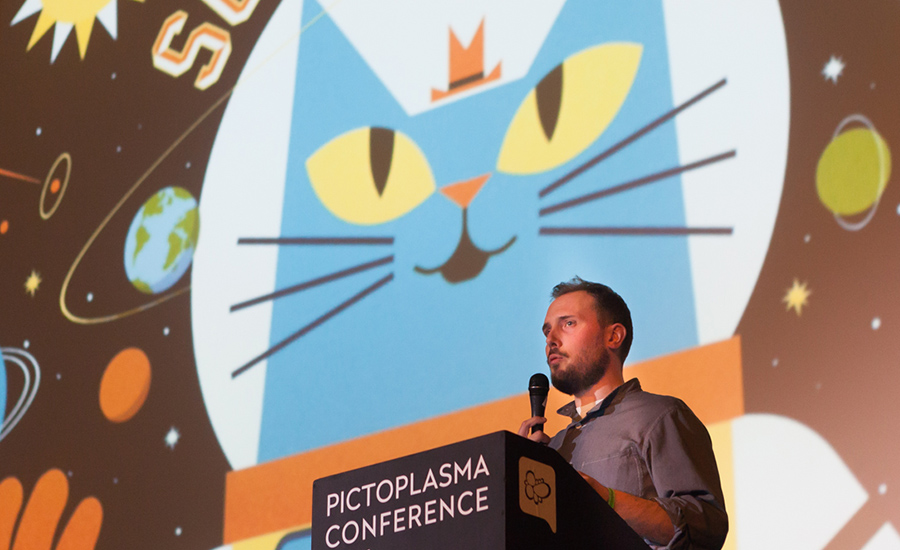 Ben Newman’s distinct aesthetic fusing bold shapes, bright colours and playful characters has been described as ‘bauhaus fuzzy felt.’ He has produced work for a large range of clients, and outside of commercial work his practice extends into worldwide exhibitions, paintings and three-dimensional collaborations. He currently spends most of his time collaborating on the ‚Professor Astro Cat’ children’s books with his longtime friend and scientist, Dr Dominic Walliman, published by Flying Eye Books, an imprint of Nobrow, where he occasionally works as an art director. Ben lectures on illustration at various universities and conferences in the UK and Europe. 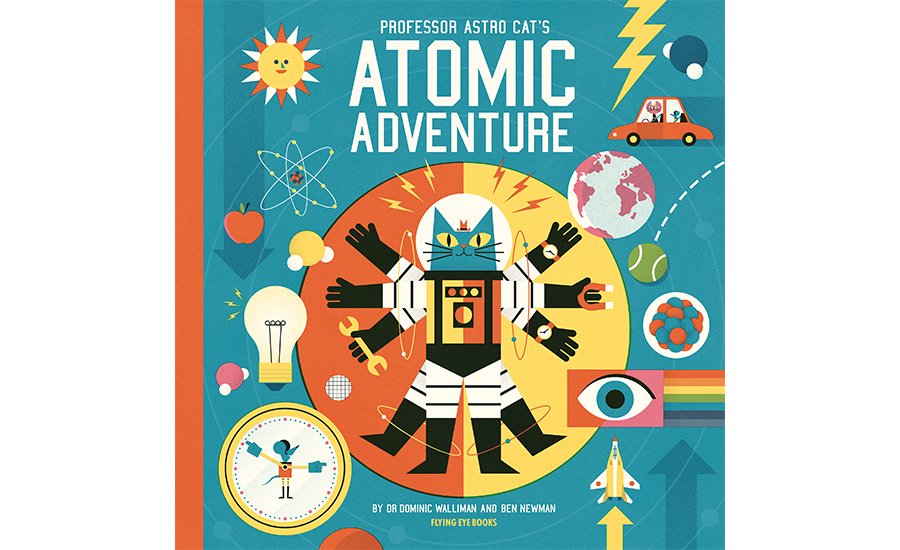 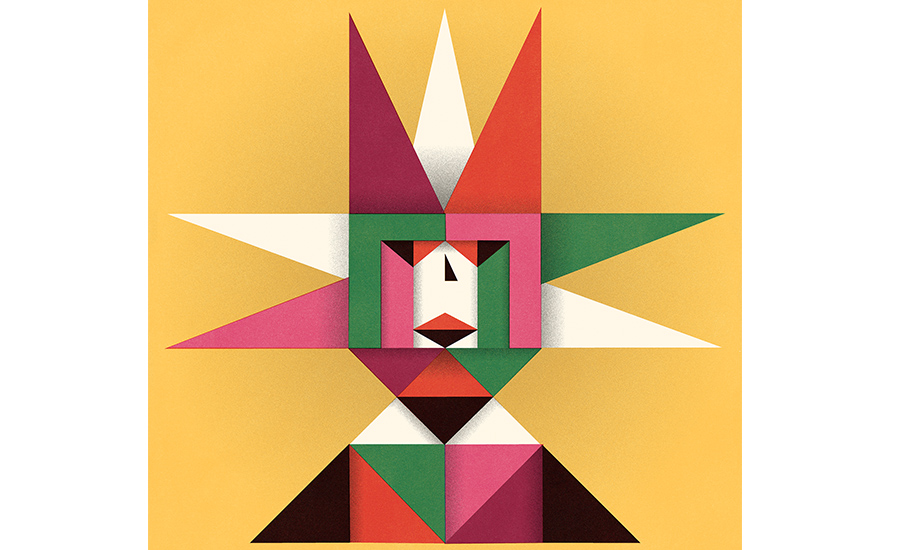 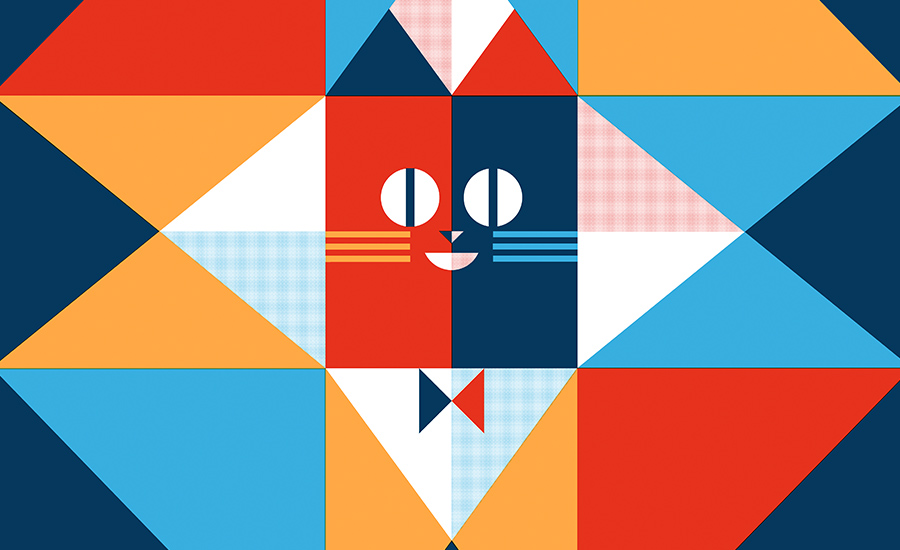 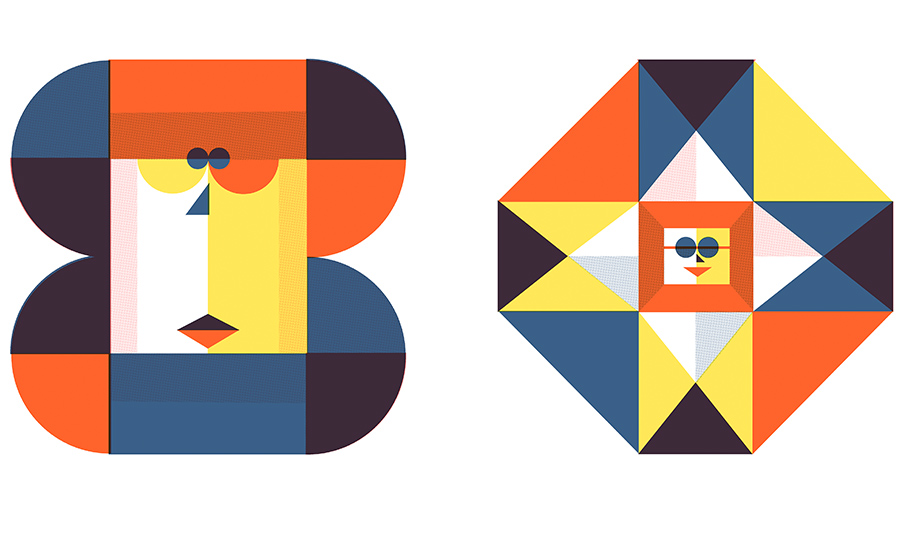 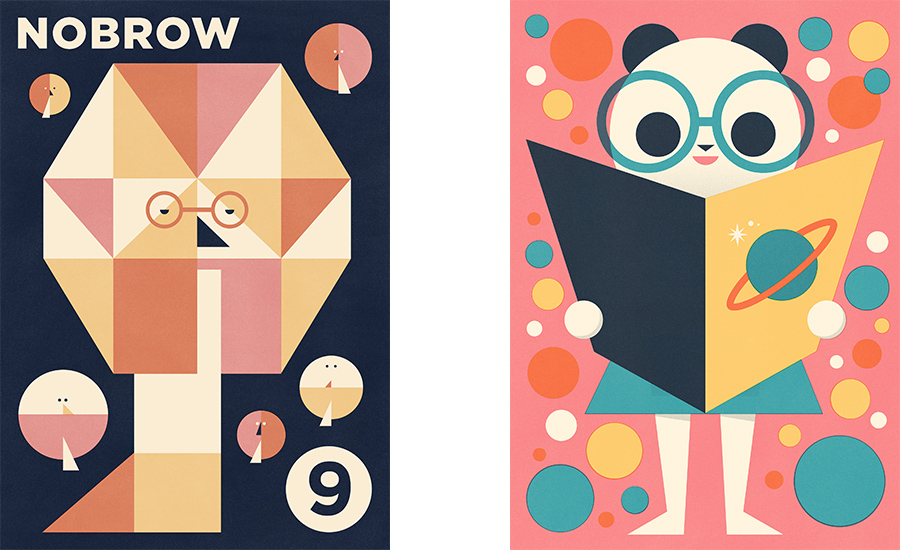 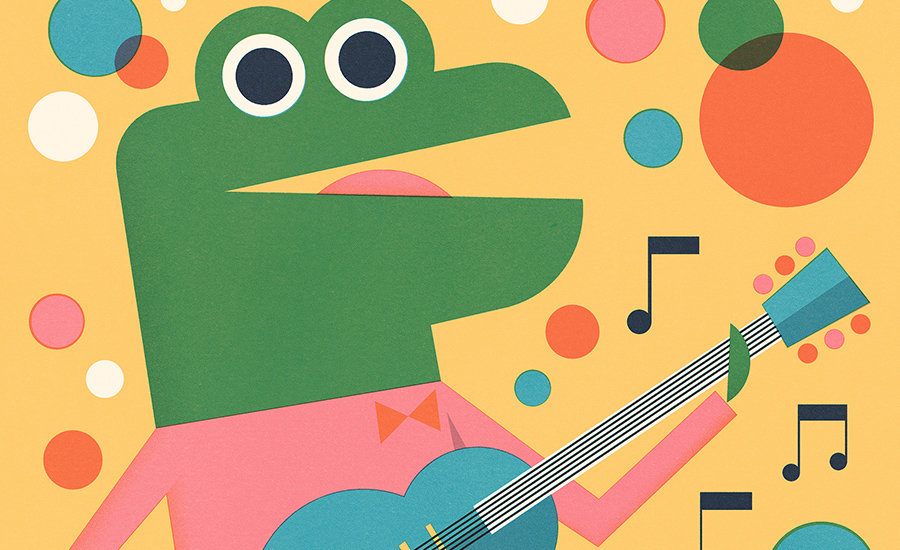 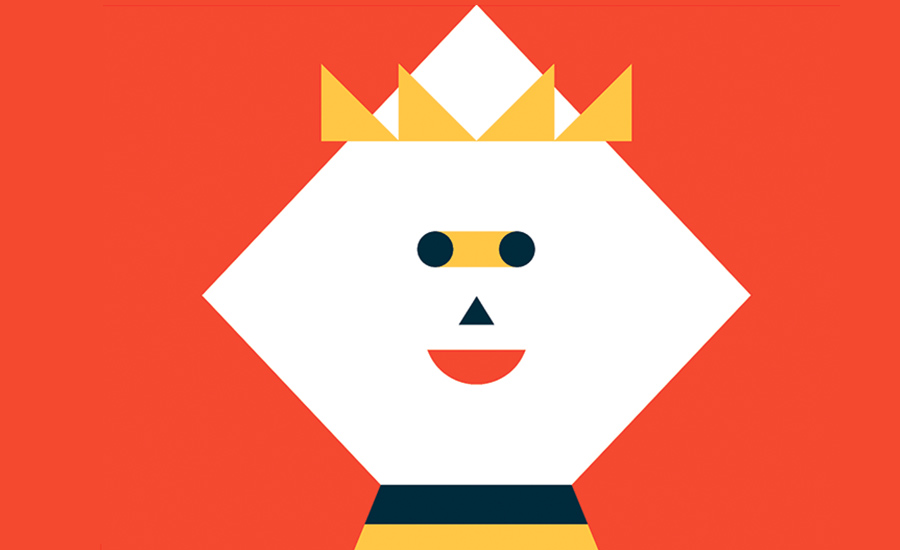 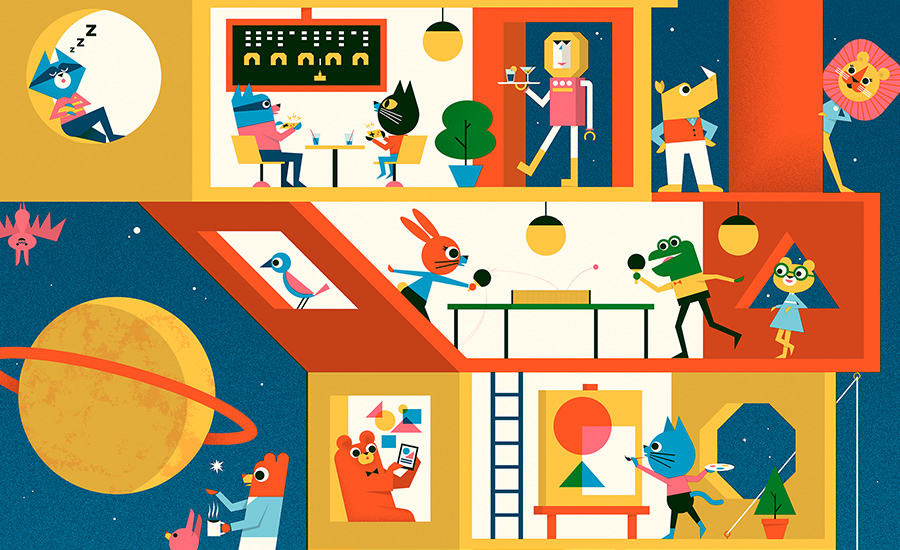 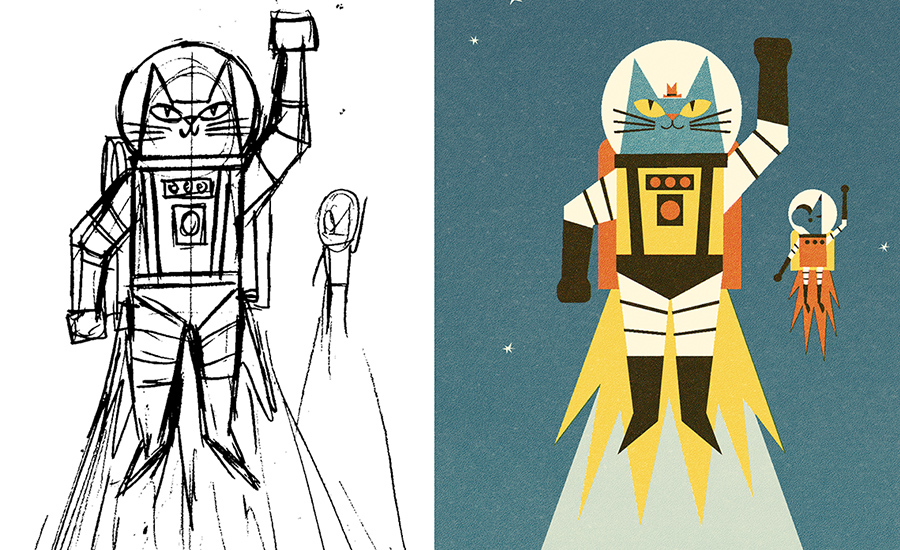